I believe literature has the power to change the world, one reader and one book at a time.

This is the main reason why I share the books I’m reading on my Instagram and sometimes on my Facebook profile. I hope that the love of reading will rub off and inspire more people to pick up a book and immerse in a unique experience. 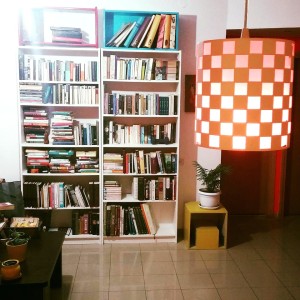 All too often, I receive requests for book recommendations. As a literature lover, it’s almost impossible to recommend one or two books. The books I love are too many, and my reading experience changes according to my personal life experiences. Reading is a deeply intimate experience and it’s also a personal journey. I read all kinds of books: classic literature, contemporary and post-colonial literature, historical fiction, poetry, short stories, political literature, non-fiction (usually writers on the process of writing or feminist writing). I also read popular fiction, and yes, I do stumble upon some shallow fiction sometimes, and even bad fiction. But as a writer, it’s important for me to read a variety of genres, and learn from the best and also from the not-so-good writers. Reading, as every writer knows, is an inseparable part of the process of writing, feeding and inspiring the act of creating new worlds.

This year, in terms of reading, has been a roller-coaster for me. I’ve discovered some wonderful and brilliant writers, and a number of books have had deep effects on me. The two most important novels I read this year are Zora Neale Hurston’s Their Eyes were Watching God and Hans Fallada’s Alone in Berlin. By important I mean both as a person and as a writer. 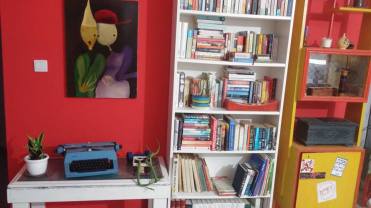 Their Eyes were Watching God: This novel filled me up in so many ways. Probably the first Afro-American feminist novel, Zora Neale Hurston maps uncharted territory, giving voice to the black female woman. Zora Neale was bold enough not to succumb to a kind of writing that is expected of an oppressed people, but rather chose to go deep into a personal journey of Janie, a black woman, who is set on finding her own voice, her own self, in a process of self-empowerment and independence.

From the afterword of Alone in Berlin: “Fallada had barely survived the war after a long stint in a Nazi insane asylum, which, upon his release, had in turn contributed to a relapse of his drug and alcohol problems. At war’s end he was a shattered man, and in an effort to get him back on his feet, Becher gave him the Hampels’ Gestapo file and suggested he use it as the basis of a novel. Fallada wrote the book in twenty-four days, but did not live to see its publication.” 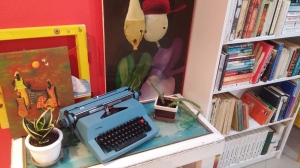 Another brilliant writer I discovered this year is Mischa Hiller with his two novels Sabra Zoo and Shake Off. Sabra Zoo: A painfully beautiful novel about a boy who will get under your skin. Ivan, half Danish half Palestinian 18 year-old boy, is caught growing up in a war-torn country, witnessing one of the most horrific massacres of the 20th century; a massacre that was well-orchestrated while the world remained silent. Mischa’s style is brilliant in its simplicity, painful honesty, and clarity of language. Ivan is definitely one of my most favorite fictional characters ever. The book filled me up as only a masterpiece can.

Shake Off: I fell in love with his style and characters. Hiller delivers yet another masterpiece. Although I’m not a big fan of espionage novels, I couldn’t put this one down. Like Sabra Zoo, this is political writing at its best. 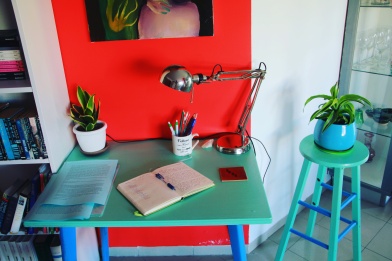 Selma Dabbagh’s Out of It: What strikes me both as a reader and writer in this novel is the closeness and intimate familiarity I felt with the text itself – the style, language, choice of words and phrases, metaphors, the way Selma describes emotions and gestures. On some deep level, the text felt to me like home. I read a lot, and this sense of home with a text rarely happens. It happened to me with only two other writers. It’s a feeling quite difficult to convey in words.

Rabih Alameddine’s two novels I, the Divine and An Unnecessary Woman are unforgettable with their female characters. I’m still awed at Alameddine’s ability to write from a first person female point of view, getting so intimate with particular experiences.

Last but not least, Elena Ferrante’s Neapolitan Novels, of which I’ve read the first two: My Brilliant Friend, and The Story of a New Name.

I invite you to connect with me on Goodreads.

If you enjoy my writing, please consider supporting my work on Patreon: https://www.patreon.com/khulud_khamis