Another self-contained fragment of “Taboos in Arabic,” the novel I’m currently working on. Living in Haifa, one cannot get away from themes of language and identity, the intersections between them, how they are defined by location, and the complex realities they create.

Borders of identity and language in Haifa are all delineated and defined by the compounded topography of this unique city. So – in theory, one out of every five people walking the streets is Arab (because we do constitute 20% of the population, according to official statistics). The way people perceive you on the street in fact depends on your exact location at that moment. Sometimes all the difference is one street corner. At other times, the transition is more fluid, with no clear boundaries.

When you’re up on the mountain, let’s say Carmel Center, and you say either your name or something in Arabic, there’s always that one person at least (usually a guy) who tilts his head slightly, gives you a conspicuous sideways glance. When you notice him, an awkward moment follows. The air between you is pulled tighter on its string. A few moments later, the string loosens up, but just so, followed by a silent, invisible bonding. It is not clear what the bonding is about – language, skin colour, roots? Such arbitrariness. He is startled to discover you there, in that public space that doesn’t wholly belong to you, but which essentially does. Because this part of Haifa has been long ago marked as the territory of the Jews. Your territory, where you can speak Arabic with abandon, is down there, below. Not up here, not on top of this occupied mountain. Down there, that’s where you officially belong. The encounter ends with a barely detectable nod, or a shadow of a smile – for a flicker of a moment, and then it’s gone.

If you enjoy my writing, please consider supporting my work. To support my art, please visit my Patreon page at: https://www.patreon.com/khulud_khamis?ty=h 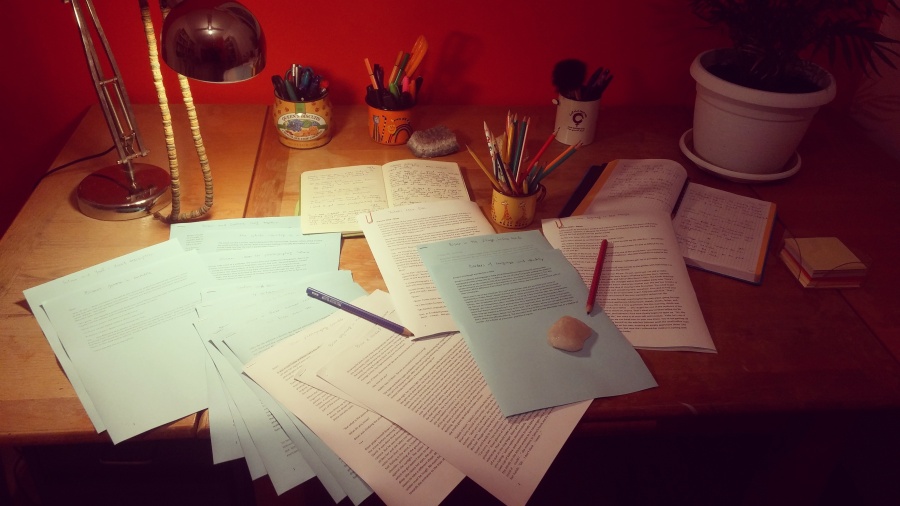